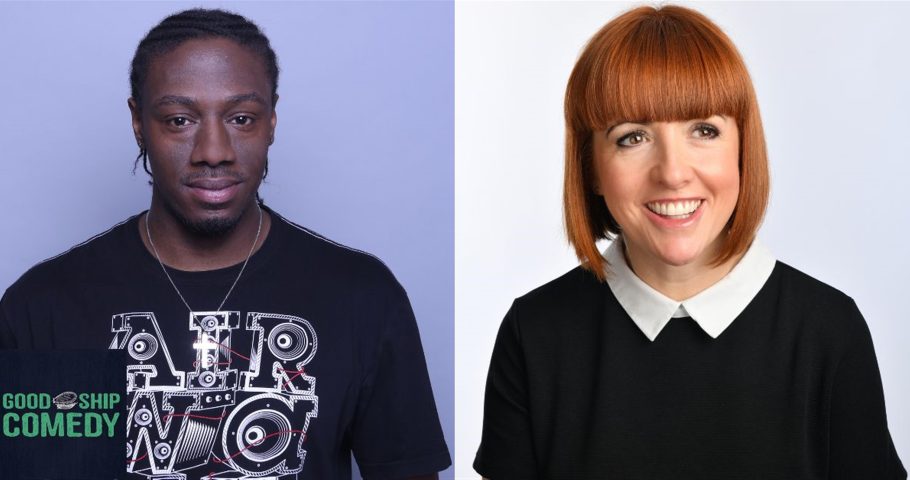 Nathan Caton’s charismatic and laidback style of stand up has seen him quickly establish himself on the comedy circuit. Regarded as one of the best young comics in the UK, Nathan’s award-winning combination of personal and topical anecdotes has lead to appearances on Live at the Apollo, Mock The Week, Russell Howard’s Good News, Radio 4′s Now Show, News Quiz and his BBC Radio 4 sitcom Can’t Tell Nathan Caton Nothing.

“Laidback, on-the-nose material, chopping down fools of all colours, both in day-to-day life and in the media.” – The Guardian

“A slick performer with an unbeatable stage attitude and the confident air of someone much more experienced.” – Chortle

Cally is a natural storyteller full of intelligent, distinctive and punchline-rich material. Her act is a rollercoaster ride of anecdotes, observations and stuff even your best mate wouldn’t admit to. She has appeared on John Lloyd’s Museum of Curiosity on BBC Radio 4 and QI, as well as regularly popping up on the New York City circuit.

“Cally Beaton is an exciting and hilarious talent, definitely one to watch. Sometimes you just know when someone’s got it – and she’s got it” – Time Out

A relative newcomer to the UK, Matt is a slacker comic who remembered to pay attention at school, a super-cool tatooed rocker with a nerdy streak running all the way through him.  Most importantly, he’s originally and superbly funny.

“An intellectual ‘Fonze’…extremely laid back and relaxed with the audience, seamlessly having banter and keeping his cool.” Keeping Up With NZ

Line ups are subject to change