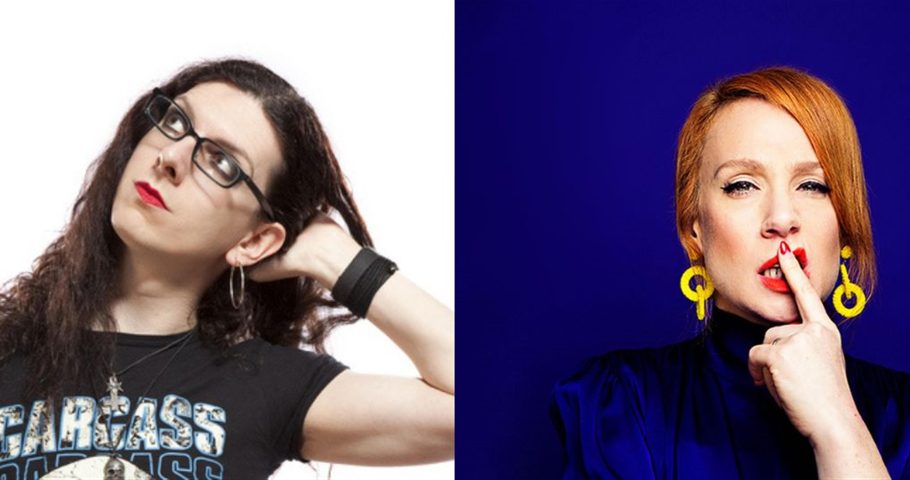 Andrew O’Neill is an award-winning comedian, punk-rock musician and best-selling writer. A psychedelic non-binary whirlwind, they combine surrealism, polemic and good old-fashioned stagecraft to produce uniquely counter-cultural stand-up. They are a founder member of the Victorian-obsessed punk band The Men That Will Not Be Blamed For Nothing, whose distinctive anachro-punk has gained a cult following and besmirched the stages of music festivals worldwide. O’Neill has written and toured a shit-tonne of critically-acclaimed solo comedy shows, including Occult Comedian, Winston Churchill Was Jack The Ripper, MINDSPIDERS, Alternative, Andrew O’Neill is Easily Distracted and the current Andrew O’Neill’s Black Magick Fun Hour. This summer Andrew returned to BBC Radio 4 with their brand-new, totally original occult sitcom ‘Damned Andrew’ which has bewitched and delighted the airwaves in equal measure.

“They have a natural optimism and love of silliness that leaves you feeling remarkably positive… a winning blend of polemic and off-beat whimsy.” The Guardian

Sara is an American writer turned stand-up living in London. While Stateside, she wrote for Vanity Fair, published two essay collections, and earned the role of host for the hit U.S. storytelling show, The Moth. This, in turn, gave her the bug for live performance. It also introduced her to her (British) husband, which prompted an eventual move to the UK. Since she started stand-up she has been nominated as Best Newcomer at the Edinburgh Festival and appeared on Live at the Apollo, The Guilty Feminist, BBC R4Xtra, and Dave Gorman’s “Modern Life is Goodish”.

Her mix of unvarnished stories from her own life and those she meets have helped her skyrocket up the British comedy scene, as audiences have fallen in love with her gossipy, charming and outrageous stand-up.

“Sara Barron is the reigning queen of New York’s live storytelling scene. In The Harm in Asking she proves she’s even better written down.” Jon Ronson, author of The Psychopath Test

“An excellent line in cynicism about sex, life and friendship.” Evening Standard

Nick Helm: What Have We Become?