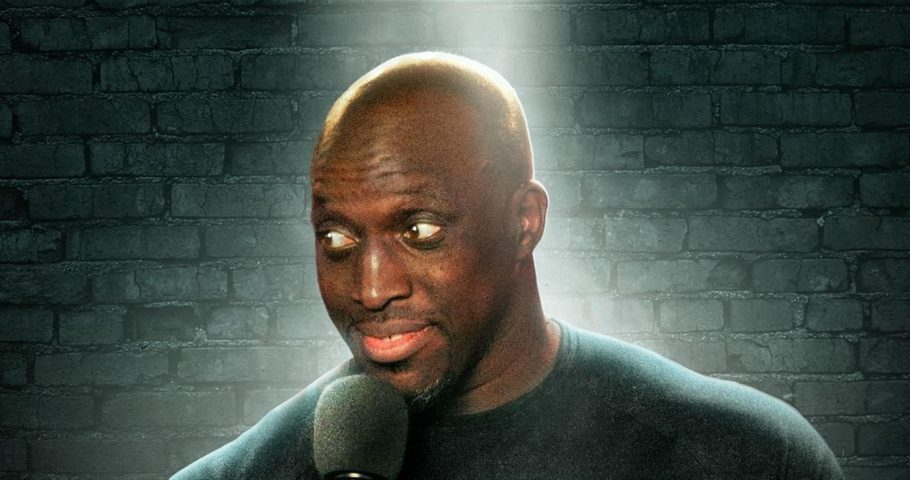 Sonubi has only been on the comedy circuit for what feels like five minutes and he’s already garnering himself a reputation as the ‘one to watch’! Having gone from open spot to closing BBC’s Live at the Apollo in an incredibly short space of time, you will be seeing big things from this big man in the coming few years.

Emmanuel Sonubi was born and raised in North London and this Edinburgh Comedy Award nominated show looks at many of the elements of his life such as being raised the only boy and the youngest of six children, (that’s right – 5 OLDER sisters) We find out that looks can be very deceptive and what has led him to become the person he is today.

‘Emancipated’ also covers his time as a doorman in some of the scariest clubs in London, his career in musical theatre and life as a parent to two young children. Through his hilarious storytelling, we look deeper into all the experiences that shaped his personality and opinions today.

Emmanuel made his TV debut on Comedy Central UK and was recently on The John Bishop Show for ITV1, The Stand Up Sketch Show on ITV2 and Comedy Central Live on Comedy Central, Sorry I Didn’t Know on ITV and heard on number BBC Radio shows inc The Now Show, The Likely Dads and Edinburgh Fringe Award; Nominees show.