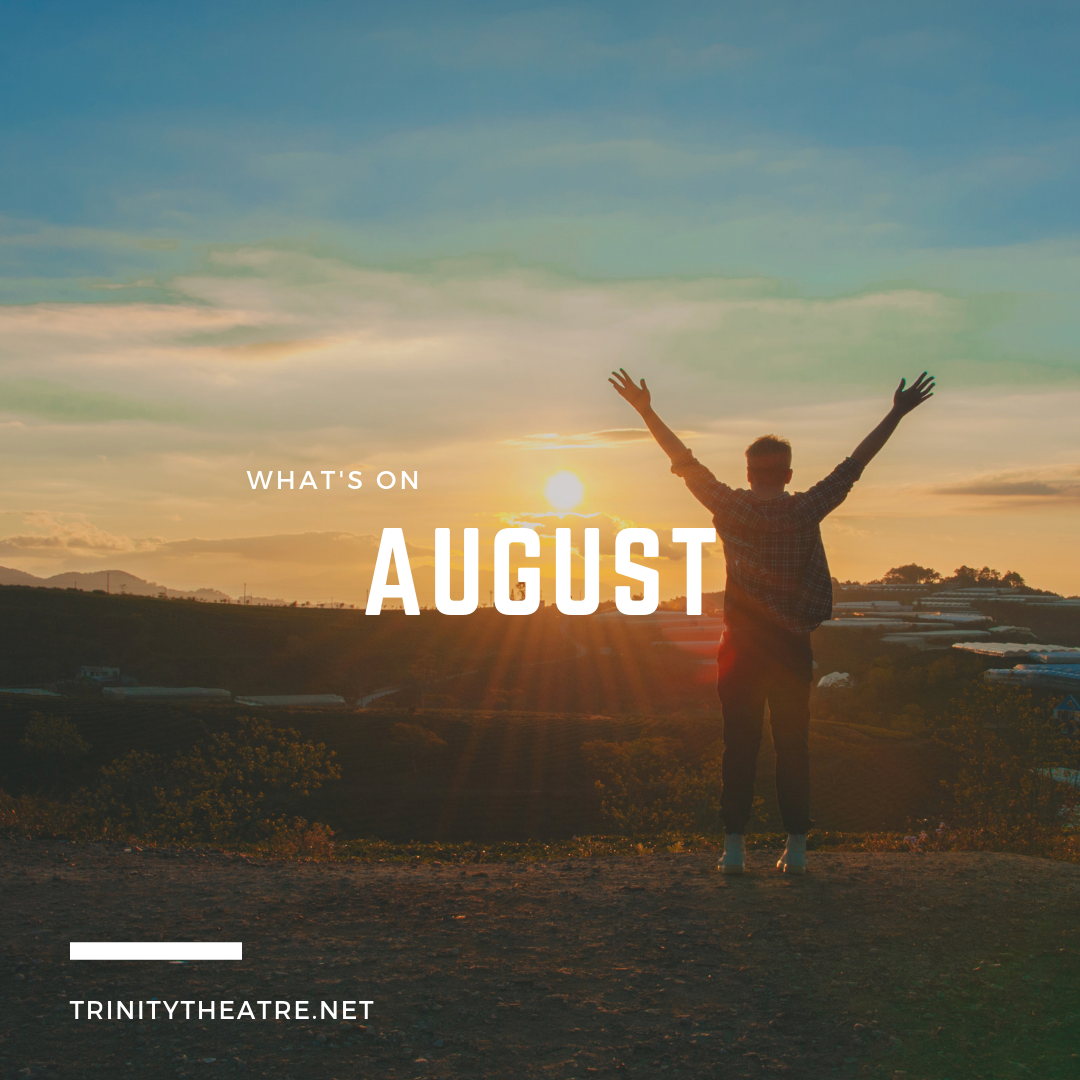 What’s On in August in Tunbridge Wells?

The start of the Summer holidays should be a mixture of chaotic freedom and fun. When the boredom sets in, Trinity Theatre is your go to for that family fix! August in Tunbridge Wells offers a variety of family friendly activities, from picnics in the park to clambering the rocks on the common. At Trinity Theatre this August we launch a new fringe summer festival ArtsBox19, offering a mixture of FREE events for children and something a little bit different for those who are mad about music, comedy and like the arts.

Join us for the exciting launch event for ArtsBox Festival 2019, a brand new Tunbridge Wells fringe arts festival. There will be kids activities, musical entertainment from The Talentz, The Dance Consortium and more, and our Kitchen & Bar will be serving food, ice cream and summer drinks for the kids and a fully stocked bar for those in the mood to celebrate! Join us from 4.30pm – 7.00pm, Saturday 10th August 2019.

Join in from 10.30am, our team entertain with exciting action rhymes and explore some fantastic new toys courtesy of Whirligigs in Trinity Theatre’s Kitchen & Bar.  Just turn up – no need to book in advance and it’s FREE to attend, we even have FREE squash and biscuits for your children. The Kitchen & Bar will be open from 10am., for some of the best coffee in Tunbridge Wells.

Sessions last 25 minutes  are Suitable for ages 3 and under.  Run in partnership with Whirligigs.

Sweeney Todd, comes to the Trinity stage on the 9-10th of this month. Sweeney is unjustly exiled barber, returns to nineteenth-century London, seeking vengeance against the lecherous judge who framed him. The road to revenge leads Todd to Mrs. Lovett, owner of a failing pie shop, above which he opens a new barber practice. Mrs. Lovett’s luck sharply shifts when Todd’s thirst for blood inspires the integration of an ingredient into her meat pies that has the people of London lining up… and the carnage has only just begun!

Mozart’s most magical comedy of The Magic Flute returns to Glyndebourne for the first time in over a decade. Trinity will be screening a live transmission on the 4th August. This new production by the renowned directing/design duo Barbe & Douce promises to take a fresh and playful look at the opera’s troublesome gender politics. Leading British bass Brindley Sherratt stars as Sarastro alongside exciting young singers including Caroline Wettergreen, Sofia Fomina and Björn Bürger. Sung in German, with English subtitles

Also transmitting live to our screen this August, the ROH Live: Romeo and Juliet. Shakespeare’s enduring love story is known the world over. Since its 1965 premiere with The Royal Ballet, Kenneth MacMillan’s Romeo and Juliet has become a modern ballet classic. The choreography captures the emotions of the young couple as they fall in love, despite the barriers that finally bring about the story’s tragic end. Each revival gives opportunities for new dancers to interpret the doomed lovers. The whole Company brings the colour and action of Renaissance Verona, where a busy market all too quickly bursts into sword fighting, and a family feud leads to tragedy for both the Montagues and Capulets.

André Rieu invites you to put on your dancing shoes for his spectacular Maastricht concert: “Shall we Dance?”. You can waltz the night away with the majestic waltz which has been such an inspiration to André throughout his career, and this year the maestro will bring the waltz to life in an unforgettable evening of music and dance. Summer nights are made for dancing and this is a party you do not want to miss! Prepare to be swept off your feet by this magical celebration of dance on our screen.

In celebration of ArtsBox Festival 2019, we are delighted to welcome Sean Fennessey & Friends. An evening of some of the very best original, local music, ‘An Evening with Sean Fennessey’ will start with a performance from one of the town’s best and most well-known bands, Cyrano.

With their unique style of melodic indie rock, Cyrano perform regularly in Tunbridge Wells, especially at Paul Dunton’s Local & Live events held throughout the year. Their music is quite simply sublime – you will love it!

As part of the ArtsBox Festival, the explorer John Pilkington visits Trinity Theatre, a must attend event!

In 2011 John followed a spectacular section of the Silk Road. Starting in the Caucasus and crossing the Caspian Sea to Bukhara, Khiva and Samarkand. Reeling from the beauty of those legendary cities, he ventured south-east to explore the High Pamirs of Afghanistan. A region well-known to Marco Polo, before making a dramatic finale at the source of the Oxus in the heart of Central Asia.

He’s spoken to over 1,000 audiences in six countries,. In 2006 received the Royal Geographical Society (with the Institute of British Geographers) Ness Award for his work in popularising geography and the wider understanding of the world.

John will also be recounting his travels through the Balkans.  See both of John Pilkington’s talks for only £16. Add ticket(s) for both events to the basket to receive this discounted price.

“A Pair Of Four” are Chris Murphy, Scott Kingsnorth, John Oakley, and Dan Smiley. Members of Claquers Theatre and electric bad boys of the west Kent improvisational comedy scene, “A Pair of Four” have been regularly selling out shows at small venues across Tunbridge Wells. Now they’ll be at Trinity Theatre to blow your socks off with their comedy, which is all made up on the spot with the help of suggestions from the audience!

Strap yourself in for an impromptu blend of wild characters, weird stories, and nonsense. They would give you more information, but they won’t know what the show is until they are doing it.