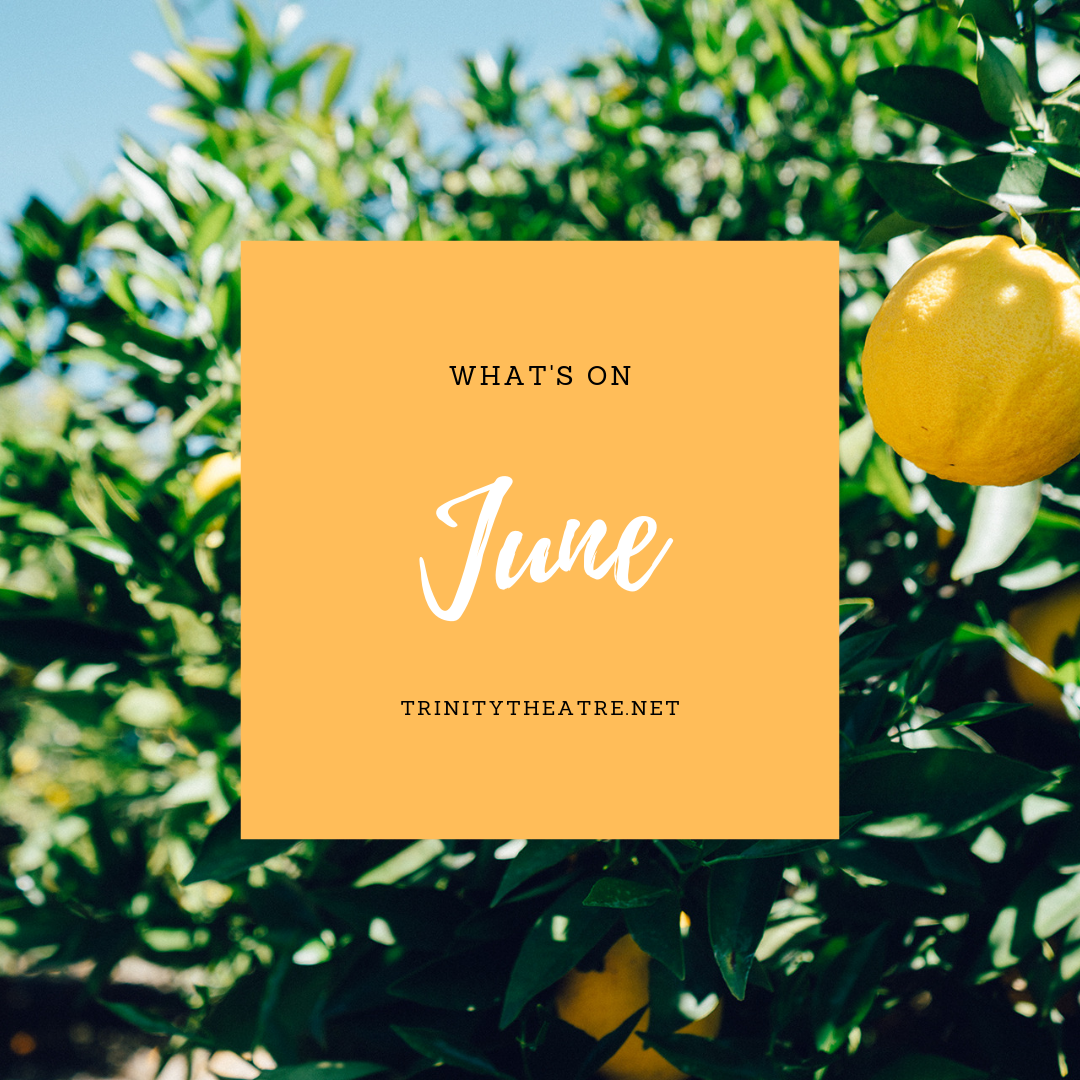 Our round-up of things to do in June at

We have plenty of musical workshops from Trinity Youth Theatre this month! Including Samba Band workshops with Kent-based drumming band BlocoFogo on Saturday 8th June. They combine amazing rhythms and infectious energy to create a fiery show of colour, sound and movement. For younger children, there’s Infants Musical Fun: Under the Sea (for ages 4-7), a gentle introduction to musical theatre. Led by our friendly singing and dance tutors, with lots of drama games and plenty of fun on Saturday 29th June. Trinity Youth Theatre are also taking part in Children’s Art Week with a time-travelling photoshoot on Sunday 16th June. Travel back to iconic eras, and transform your look with vintage costumes, and makeup from professional makeup artists. Work with a professional photographer to create fabulous photos from the past!

After debuting at the 2018 Edinburgh Festival Fringe, and embarking on a globe-trotting tour, the all-singing, all-dancing comedy Pamela’s Palace comes to Trinity Theatre on Friday 21st June. In the glittery underworld of combs and curlers Pamela is the hard-won queen of a buzzing beauty salon. Behind the glitz and the glamour, the Salon of the Year competition threatens to bring the walls of her suburban palace crumbling down. With dazzling original music and jaw dropping dance routines, Pamela and her girls bring you all the drama of a Mike Leigh and the sparkle and humour of Strictly Ballroom. It’s a whirlwind of female insecurities, shameless gossip and some over-bleached highlights. Produced by the team behind the global smash hit Faulty Towers: The Dining Experience, this breakout comedy hit is not to be missed!

Also this month, catch Matthew Bourne’s Swan Lake onscreen at Trinity (Saturday 15th & Sunday 16th June), reinvigorating the iconic production with a fresh look for the 21st century.  Shattering convention, it turned tradition upside down and took the dance world by storm. Two decades on, this landmark of contemporary dance has lost none of its power, and remains as vital as ever.

For more unmissable musical moments onscreen at Trinity, join Gary, Mark and Howard live onstage from the final UK date of their tour with Take That: Greatest Hits Live  on Saturday 8th June. Fans of all ages will love this ultimate big screen singalong, as these “master crowd-pleasers deliver a flaming carnival of pop” (The Guardian).  Later this month, The Dolly Parton Story pays tribute to another musical icon, this brilliant production follows Dolly’s incredible journey from humble beginnings in the Smoky Mountains to her arrival as “Queen of Country”. Featuring passionate renditions of Jolene, 9 to 5, Islands in the Stream, Here You Come Again, Coat of Many Colours, Joshua and many more, this show is sure to have audiences dancing in the aisles.