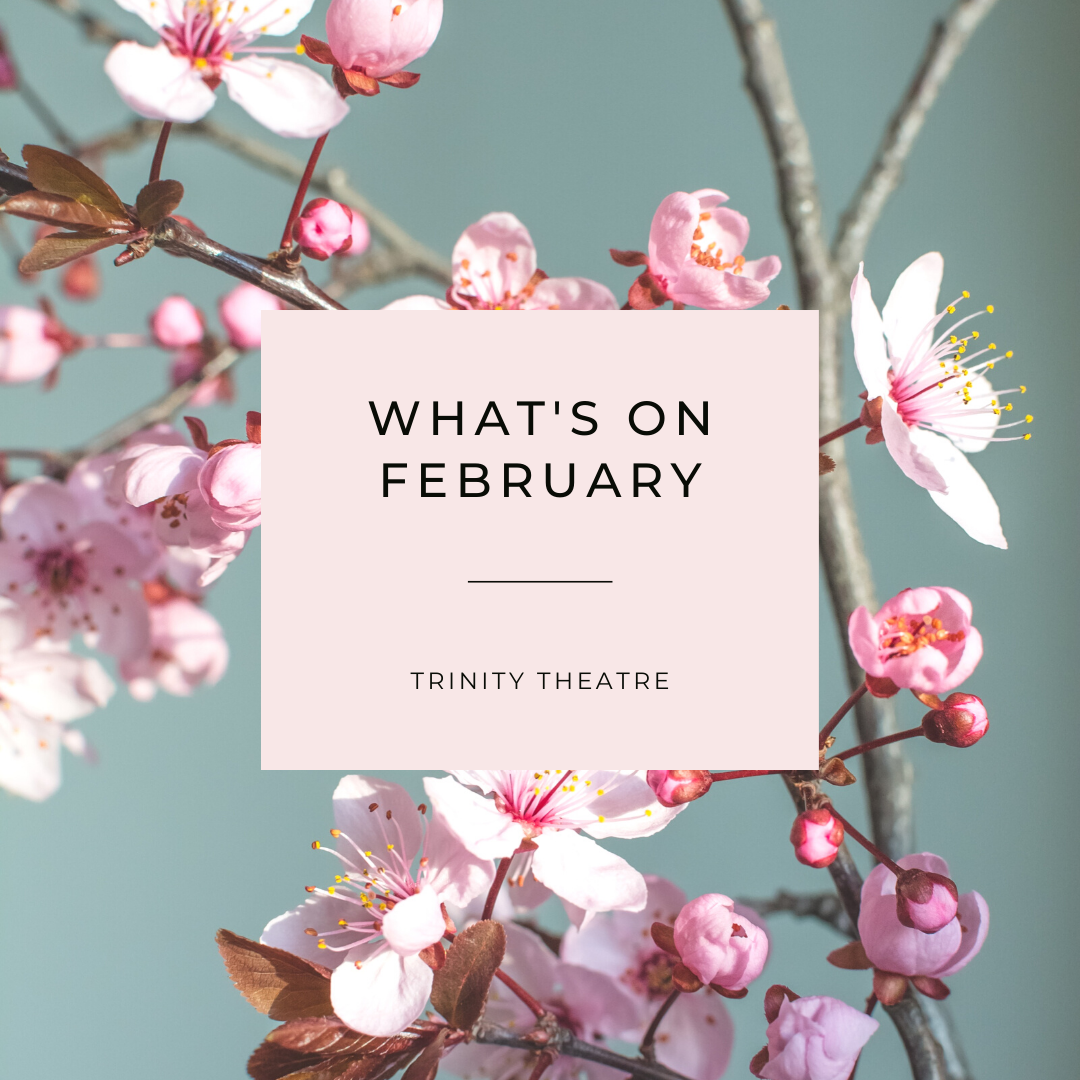 What’s On This February at Trinity in Tunbridge Wells?

We kick off our February fun on the 21st & 22nd with Trinity Youth Theatre’s version of High School Musical 2 and yes, “We’re all in this together”… again!

One year after they staged Disney’s High School Musical, Trinity Youth Theatre are back with another adventure for everyone’s favourite Wildcats! On the last day of junior year, the East High gang can’t wait to get the summer started – they’re ready for summer jobs, money for college and to have fun. To that end, Troy gets them all jobs at Lava Springs Country Club – which happens to be owned by popular girl, Sharpay’s, father! While Sharpay schemes to steal Troy’s heart from Gabriella, her brother, Ryan, hopes to win the Star Dazzle Award. Everything comes to a head at the talent show, where the group has to remember their motto: “All for one, and one for all.”

On Friday 20th of March, join The Pantaloons for a fog filled adventure in Victorian London. When a dead body is discovered in Mr Krook’s rag and bone shop, a web of mysteries starts to untangle, with far reaching consequences. Hilarious, tragic and romantic by turns, Dickens’ darkly comic masterpiece is retold by The Pantaloons in their own inimitable style. A company of five actor musicians bring the novel’s cast of over 50 characters to life in a thrilling tale of love, skulduggery and spontaneous combustion…“Enjoyable, exciting and incredibly funny” Buzz Magazine.

March delivers a revival mix of drama and comedy! Coming live to the theatre for the first time in over 60 years is The Navy Lark. Starring James Hurn known for portraying such iconic characters as Tony Hancock, Sid James and Kenneth Williams from his hit one man show Hancock and Co. Also starring Richard Usher and Mark Earby best known for The Goon Show Tour and The Lost Hancock’s Vacant Lot. The Navy Lark, arriving at Trinity on the 12th March, sees a cast of three bring to life three classic episodes from the much loved radio series which ran for 1959 – 1977 which originally featured Leslie Phillips, Ronnie Barker and Jon Pertwee. Presented in the style of a radio performance in front of a live audience, bringing to life the classic days of radio comedy. When HMS Troutbridge docks at your local theatre it’s going to be “Ev’rybody Down!” For an evening of nostalgic belly laughs. So “Bung Ho!” and secure your tickets now.

Don’t miss out on original theatre, music, comedy and film...don’t forget we are the only local cinema in TN1.