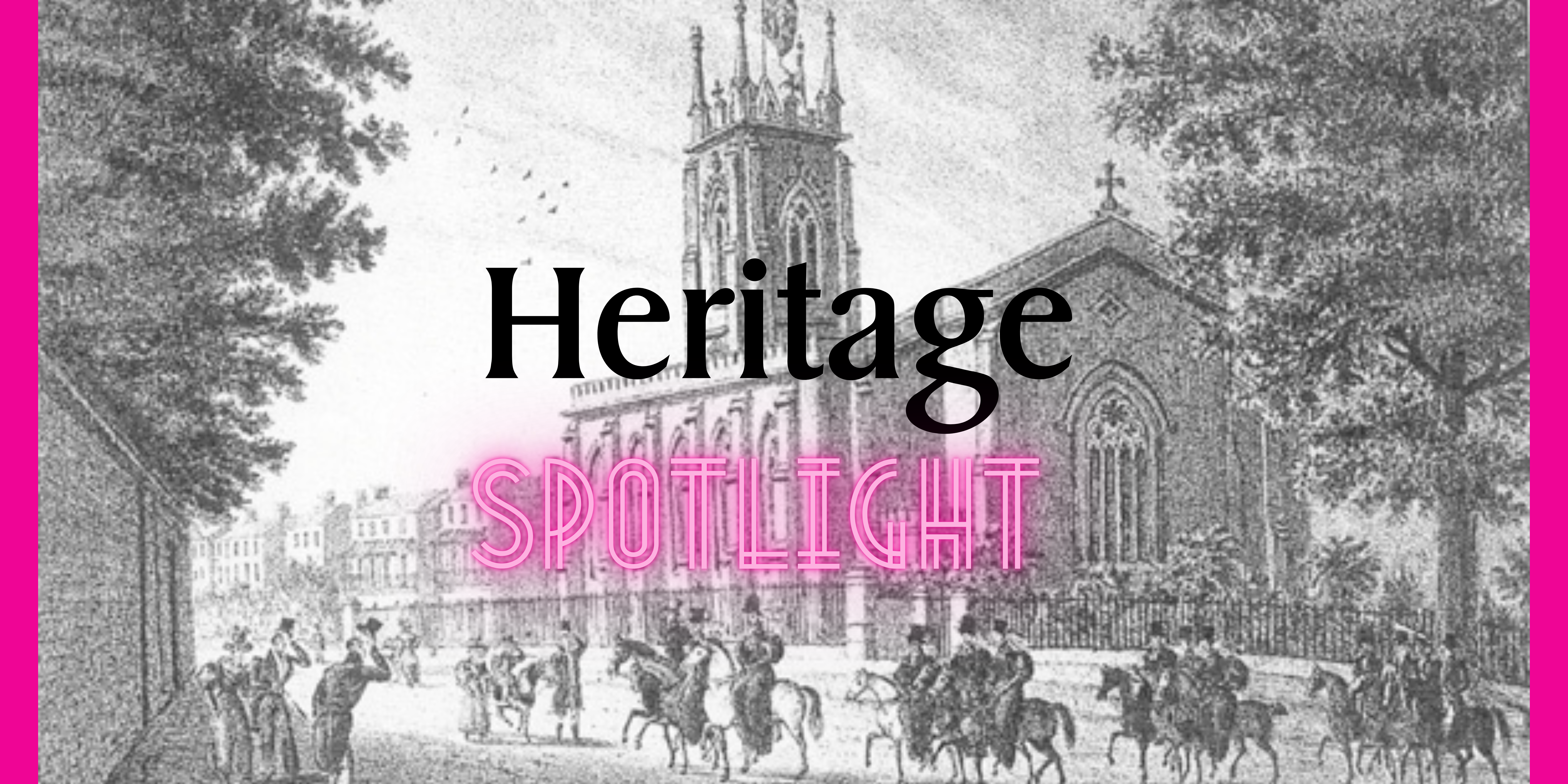 Welcome to our blog page, where we will be putting the spotlight on all things Heritage! From posting all of our Heritage news, to articles, to Q&As with some past and present VIPs, please check in and explore!

We’re going to start with a retro piece – even for Heritage – about a special visit which took place here a few weeks ago, just before the Jubilee festivities.

Whatever you did for your own Platinum Jubilee celebrations, join us and feel inspired by the activity of Rusthall St. Paul’s Primary School! They turned the time machine dial back the whole 70 years, when they visited Trinity for a very special occasion. Class teacher, Miss Clark, explains more:

‘As a school, we are fortunate to have log books from the end of the 19th century.  These were completed daily by the headteacher to explain what had happened at the school during the day.  These can range from the mundane of the ‘nit nurse visiting’ to recording when there was a plane crash on the school drive in the mid 1940s.  We have looked at the log book for the Queen’s coronation and the whole school walked to the ABC cinema in Tunbridge Wells to watch it.  As the nearest possible place, we decided to visit Trinity  as a whole school – and watch a clip of the Coronation there on the big screen – to get a sense of what it would have been like 70 years ago to go to a ‘cinema’ all together.’

Here are some photos of the event, and the log book, courtesy of St. Paul’s: what an amazing artefact to have! 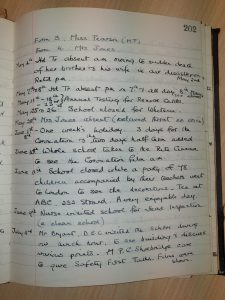 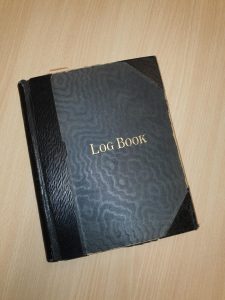 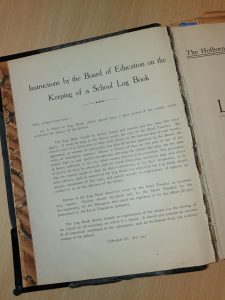 We hope that Trinity’s auditorium did the old ABC screen proud. Thank you so much to everyone at St Paul’s for visiting us – we hope you had a great time.

The school’s visit also inspired us to look back at what we were doing seven decades ago! We’ve been turning the dial on the time machine ourselves recently, as one of our new projects here at Trinity, assisted by our amazing volunteer archivists, is looking back through our records in order to create a picture of Trinity in the past.

Lots of our work has been focused on our ‘big’ moments: not in the least in the build up to our first performances as a Theatre 40 years ago, as, in the summer of 1982, virtually to the day, Trinity Theatre and Arts Centre was born! That was all down to the hard work of local people, especially The Civic Society and TTC (or The Tunbridge Wells Drama Club, as it was known then), who pitted their time, energy and vision against a lack of funding and the threat of a bulldozer – a story we will be telling in full later this year.

We’ve also been looking into Trinity’s very first origins –we were Tunbridge Wells’ first parish church and had the good fortune to be graced with an iconic architect and minister who would each in their separate ways have a defining and last impact on the town. Again, stay tuned for more news on this in the coming weeks. But what about the period in between?

The first big news for us 70 years ago reveals that we ourselves have gone platinum (well, our walls have): because in 1952 we got our Grade II listed status! If that’s not regal, we don’t know what is…

But did we celebrate the Coronation here? A trawl through the Kent & Sussex Courier archive shows (thank you to The Amelia for use of the excellent Local Studies Room) that Trinity did not hold the town’s thanksgiving service for the new Queen, as this was held outdoors in Calverley Park and presided over by the Vicar from St. Luke’s Church. In fact, most of Tunbridge Wells’ celebrations 69 years ago were out in the open air, and included a parade across the common! We imagine that the services held here were suitably celebratory and excited, though (although from all reports, just as rain-swept as the 2022 version).

By contrast however, Trinity was well and truly at the heart of the more solemn events of the previous year. In February 1952, King George VI died, and his daughter became Queen Elizabeth II. Holy Trinity hosted the town’s official remembrance service for the King on 15th February, the day of his funeral. The Mayor and Corporation were in attendance, following a procession from the Town Hall, along with representatives and crowds of local people. As a precursor to our theatrical days, the natural ampitheatre inside the building was boosted by loudspeakers, so that everyone gathered within the walls – and those who couldn’t get into the packed pews who were gathered outside – could hear the service (led by the Reverend Hedley Thomas) and the hymns. According to local reports, the crowds all joined in to sing the King’s favourite: Abide With Me.

We imagine that even in that sombre mood, those people assembled and singing might have been delighted if they could have known that the brand-new Queen Elizabeth would still be on the throne 70 years later. To mark her amazing achievement and service to the country, we have planted ten new tree saplings in our churchyard as part of the Queen’s Green Canopy scheme: please come and visit these happy little newcomers the next time you’re here (one photogenic newcomer is pictured below). Much like Her Majesty has, we hope that these will flourish and thrive – and that whatever form Trinity might have taken in another 70 years’ time, they and the building can still be enjoyed by everyone who visits. 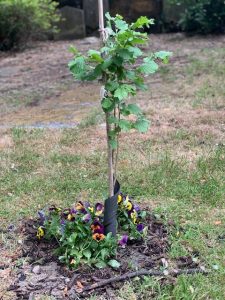