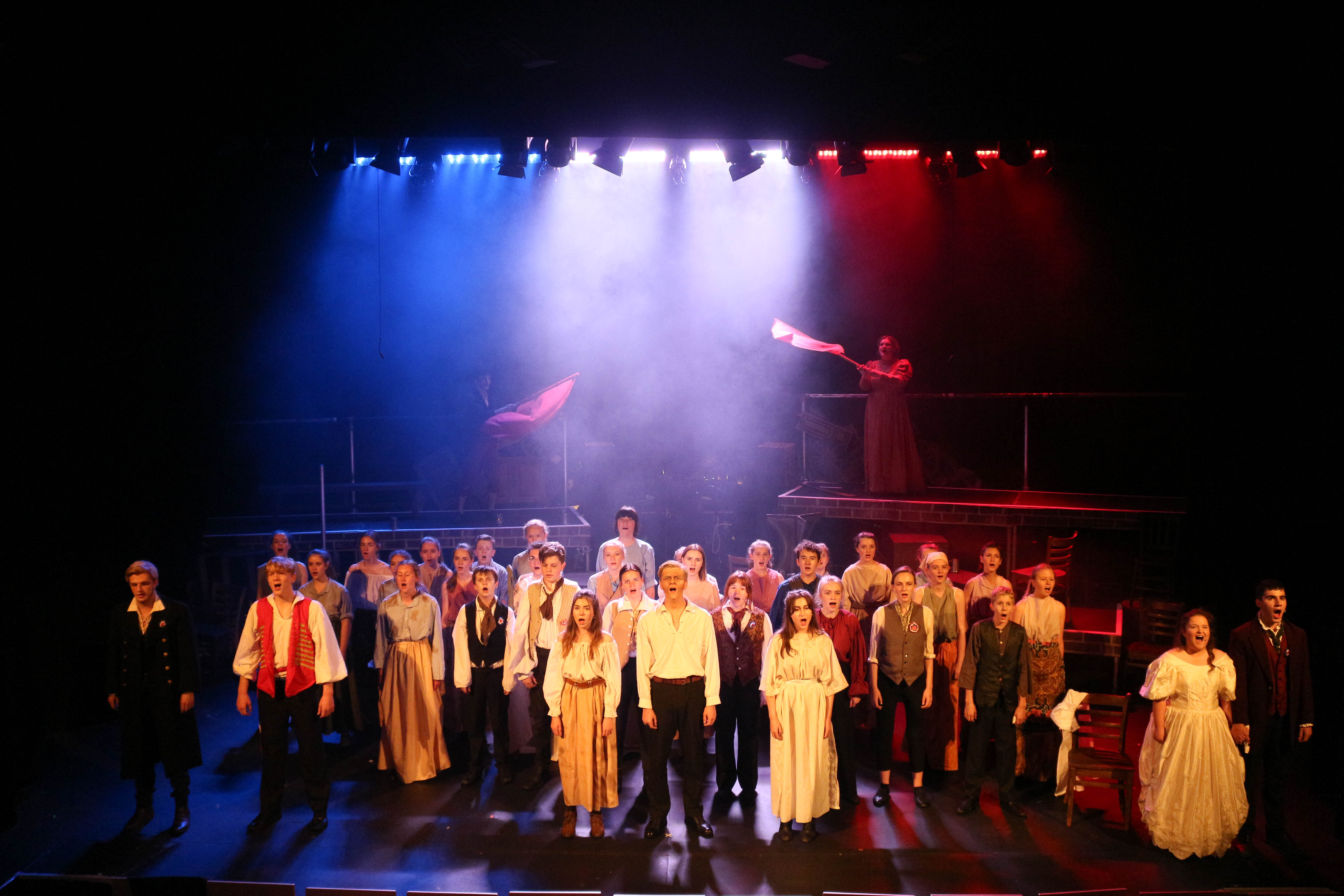 We have a number of weekly workshops in drama and movie making, including classes for LAMDA exams.

Trinity Youth Theatre runs a wide range of workshops and shows for those aged 5-21. These include workshops such as our weekly drama and movie making sessions as well as one off activities such as our themed make-up photoshoots, monologue workshops and musical theatre days.

We also make a number of short films, shown on our cinema screen, and stage productions, with recent highlights including Sweeney Todd School Edition, High School Musical, Variations (as part of National Theatre Connections) and Pronoun (which we performed at the Edinburgh Fringe). Members can get involved in everything – from performing in the cast or orchestra, to sound and lighting, costumes and make-up, and assistant directing.

We also have an active social calendar – with theatre trips, residentials, parties and overnight cinema events.

“I think this possibly is the highlight of [my daughter]’s life to date, we can’t say thank you enough.”

Member’s mother, on Pronoun and our trip to Edinburgh Fringe

“I was totally enthralled.”

“Connections was one of the best things I’ve ever got involved with. I’d love to do it again in the future! I loved that fact I got to know the cast. They were incredible and I’ve made some good friends from that cast.”

A member of the NT Connections 2019 group

All of our youth theatre groups are run by experienced, DBS checked professionals.

We stage a number of productions throughout the year – from well-known plays and musicals, to new writing and murder mysteries, as well as a number of short films. Most of the auditions are open to everyone, and feature a mixture of people who do our weekly workshops, those who just join us for shows, and those who have never done anything on stage before!

We also have young people involved in every stage of the process – including as assistant directors, lighting designers, camera operator, costumiers, make-up and in our orchestra!

Our 2021 shows include The IT (part of National Theatre Connections), Sister Act, Winnie the Pooh, Seussical, our Edinburgh Fringe shows, Legally Blonde: The Musical and Elf Jr.

Take part, behind the scenes!

Our Backstage Youth Theatre gives members the opportunity to get involved in the creative process that goes into bringing a show from concept to stage. Backstage members learn, with the guidance of industry professionals, about the different elements that happen behind the scenes in the theatre.

Members will get an opportunity to take part in workshops on:

In addition to shows and our weekly Youth Theatre sessions, Trinity Theatre runs many creative workshops and courses throughout the year, during school holidays and at the weekends. They vary in age group and theme, but always help children and young people to learn new skills or get involved in something creative!

These include our Movie in a Week projects, regular musical theatre workshop days, photoshoots, and workshops focusing on monologues, acting techniques, a capella, theatre production, spoken word, crafts, puppetry, stop motion animation and much more! All are led by experienced and skilled facilitators and lead to incredible results.

These are taking a pause during the pandemic, but visit the calendar to find out more as we add them.