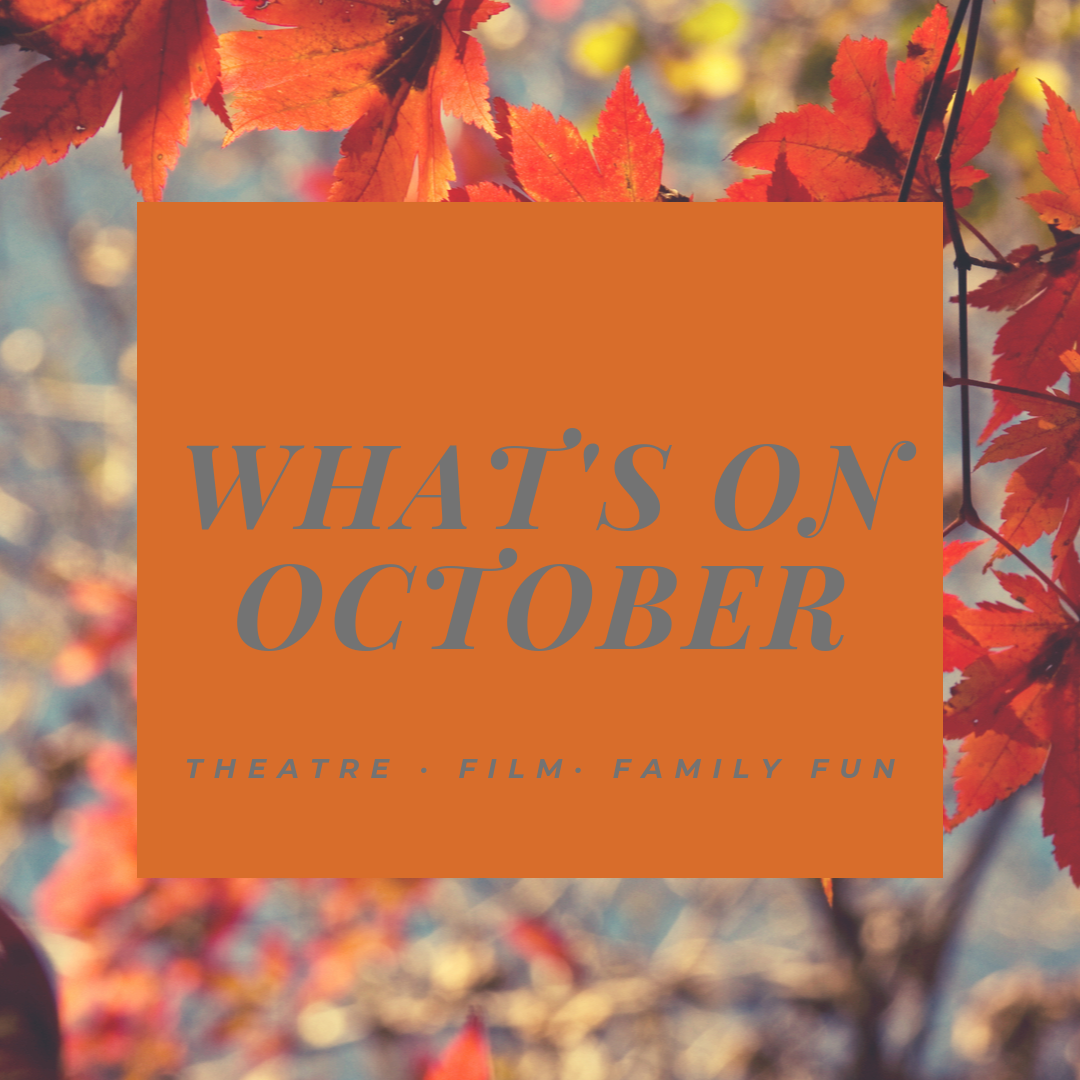 What’s On This October at Trinity in Tunbridge Wells?

We have a jam packed programme in this month’s: What’s On this October! Don’t miss out on original theatre, music, comedy and film...don’t forget we are the only local cinema in TN1.

This October, continuing where the TV drama left off, and featuring all the beloved original cast, plus a whole host of new characters, Downton Abbey comes to cinemas! It’s the late 1920s, and the Crawley family is about to receive a royal visit from King George V and Queen Mary themselves. This honour causes all manner of excitement and anxiety both upstairs and downstairs at Downton, and prompts Lady Mary to beg Carson out of retirement in order to help organise the visit of a lifetime. Trinity Theatre is celebrating the event in grand style, with a week of screenings, as well as an Edwardian themed dinner on Tuesday 29th October. Hosted by Trinity Kitchen & Bar, the foyer will be transformed for a stately dining reception that would pass muster with even the Dowager Countess herself.

Trinity Youth Theatre present J.M. Barrie’s original stage play Peter Pan (Thursday 24th October & Friday 25th October) – a modern fairy tale about Wendy Darling, her two brothers, and their adventures with Peter Pan: a mischievous, flying boy who will not grow up. Together they fly from their nursery to the dreamlike Neverland inhabited by a gang of Lost Boys, fairies, mermaids, and the sinister Captain Hook – who has sworn revenge on Peter Pan for cutting off his hand.

Finally, following on from last year’s musical family adventure The Wind in the Willows, join us this Christmas for a tale of magic, friendship, and bravery. Hans Christian Andersen’s classic children’s favourite The Snow Queen is reimagined for the stage by Theresa Heskins (Artistic Director, New Vic Theatre) to create a magical performance full of enchanting characters, original music, and breathtaking onstage magic, and is directed by incoming Trinity Theatre Artistic Director, Kezia Cole. When Kai meets the Snow Queen, she persuades him to leave his home, his grandmother and his best friend, Gerda, to live with her in far away Lapland. So Gerda sets off all alone, determined to find him – even if she has to search the whole wide world. Performances from Thursday 12th  to 31st December.

As well as our Comedy Club Nights, Griff Rhys Jones makes a welcome return with his brand new full length stand-up show on Friday 8th November. It’s time to join one half of Smith & Jones, one quarter of Not the Nine O’Clock News, and one third of Three Men In a Boat as he presents an evening of hilarious true stories, riffs, observations, and details of his recent medical procedures. It’s all guaranteed to be packed with wicked insights into the pains of celebrity, the vicissitudes of parenthood, and encounters with the great, the good, and even the royal.