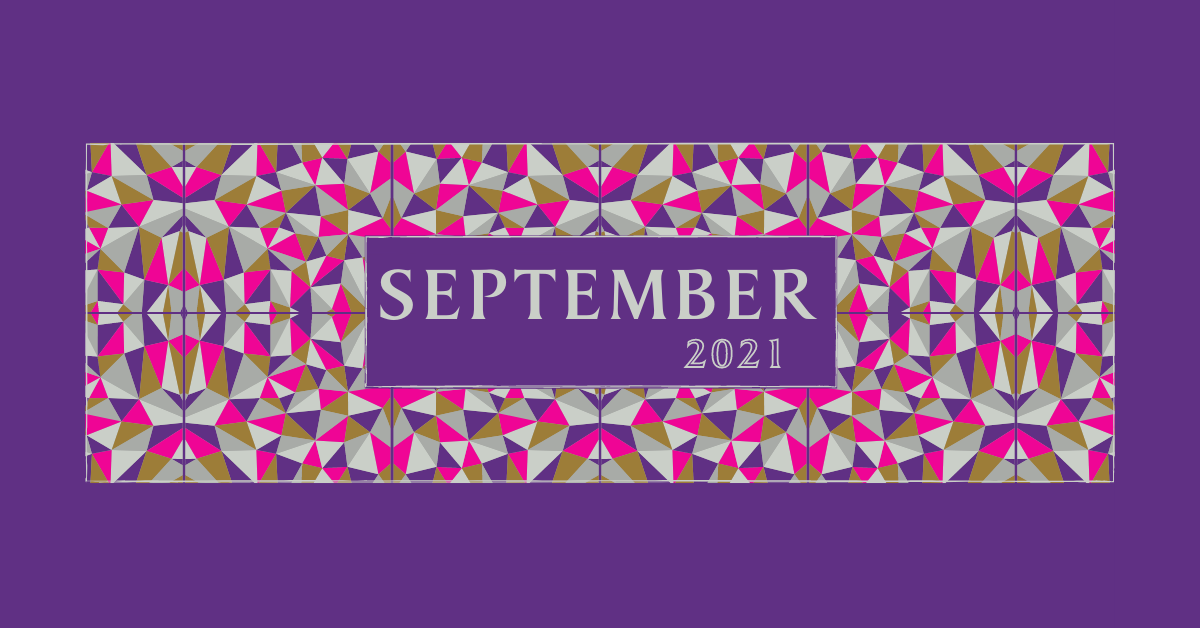 What’s On this September at Trinity Theatre, Tunbridge Wells?

What’s On This September at Trinity?

Join us as we venture towards the new normal with a hand-picked programme of unmissable events this September, with highlights including theatre, music, comedy and talks!

The month begins with Bumper Blyton, a riotous improvised spoof chock full of innuendo and lashings of puns, all in the style of the nation’s favourite author, Enid Blyton. Cast yourself back to your childhood in a show that’s utterly unique and spontaneous whilst glancing at childhood favourite books like The Famous Five and Mallory Towers.

Think everything is better is a musical? This one’s for you. The “Spice Girls of improv” return in their five star, sell-out, totally improvised musical comedy Notflix. Inspired by audience suggestions, the all-female cast improvise the musical version of your favourite films, creating movies with 100% more singing, 99% more women and a full live band.

Looking for something a little more criminal? Join BBC Radio 4’s cop-turned-comedian Alfie Moore for his latest stand-up tour show. Fair Cop Unleashed is based on a dramatic real-life incident from Alfie’s police casebook. Relive with him the thrilling ups and downs of the night a mysterious clown came to town and more than one life ended up in the balance. Enjoy Alfie’s unique brand of humour hilariously woven together with his personal insights into his life on the front-line of the police force.

It’d be a crime to miss it!

If it’s classics you’re after, it’s classics you’ll get with the Roy Orbison & the Traveling Wilburys Experience who are back – bigger and better than ever! Come and celebrate with the band as they commemorate the Wilburys original album release and pay a special tribute to The Big O, who died later the same year. Roy Orbison and the Traveling Wilburys Experience’ will take you on a journey through the story of the Wilburys, with tributes to, Jeff Lynne, George Harrison, Tom Petty, Roy Orbison and Bob Dylan.

Guaranteed to have you singing and dancing!

I’m Sorry I haven’t a Clue’s much maligned pianist Colin Sell also joins us as he talks and sings at the keyboard in an evening of anecdotes about his life in comedy and music in Colin Sell: Clueless at the Keys. He also performs his own and others’ comedy songs – Flanders and Swann, Paddy Roberts and George Formby – all in an attempt to redeem his reputation!

Kenton Cool holds the British record for Everest ascents, at 14 times. He is the only person in the world to have summited Everest, Lhotse and Nuptse in one season, completing the task in just six days. Undoubtedly, he is one of the world’s most successful and revered climbers. In Everest the Cool Way, Kenton talks about his life of climbing and adventure, from the current state of Everest, climbing Aconcagua and skiing Denali, to the jungles of Bolivia and the mountains of Papua.

An event not to be missed!

If you’re wondering how we’re running our events under the current government directives, you can read our article or get in touch!